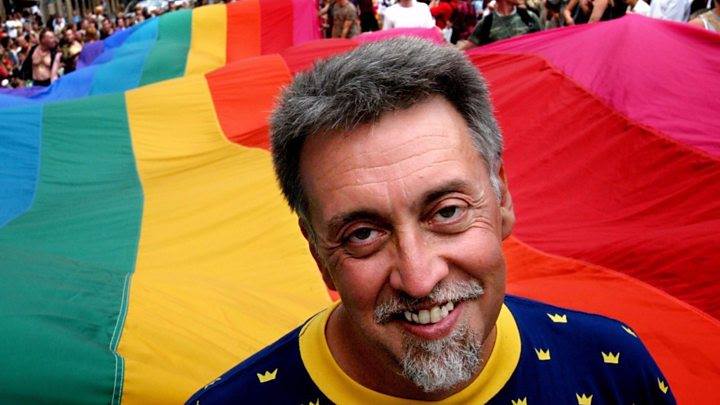 Baker was an army medic stationed in San Francisco in the 60’s. He was out even then and later honorably discharged. While working to pass one of California’s first marijuana legalization bills, a fellow activist taught him to sew.

In 1978, he designed a flag meant to symbolize the entire LGBTQ community. It was a rainbow constructed of eight colors: Hot pink for sex, red for life, orange for healing, yellow for sunlight, green for nature, turquoise for art, indigo for serenity, and violet for spirit. He never trademarked the design because he said it was for the LGBTQ community. He and thirty activists stitched the first two flags for San Francisco’s Gay Freedom Day Parade.

He moved to New York in the 90s, creating special editions of the flag to commemorate Stonewall anniversaries. One stretched from Key West to the Gulf of Mexico.