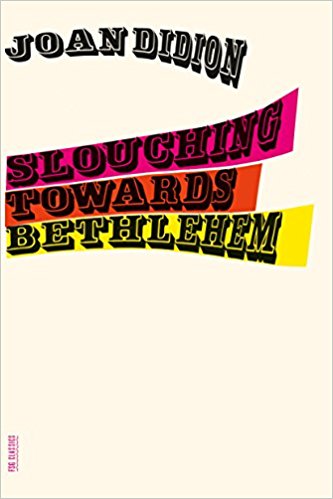 I haven’t been to California since I was four years old. As a New Yorker, I’ve come to slightly resent the state over the years as more and more friends move from the erratic city to the sun-kissed West Coast. Joan Didion’s collection of essays, primarily about the transformation of California between the 1940’s and late 1960’s, characterized California for me in a fresh and bittersweet new way. Her exposés delving into the underbelly of the hippie movement and Hollywood and how she came to see the state as home made it easy to understand why the work is revered as a classic.