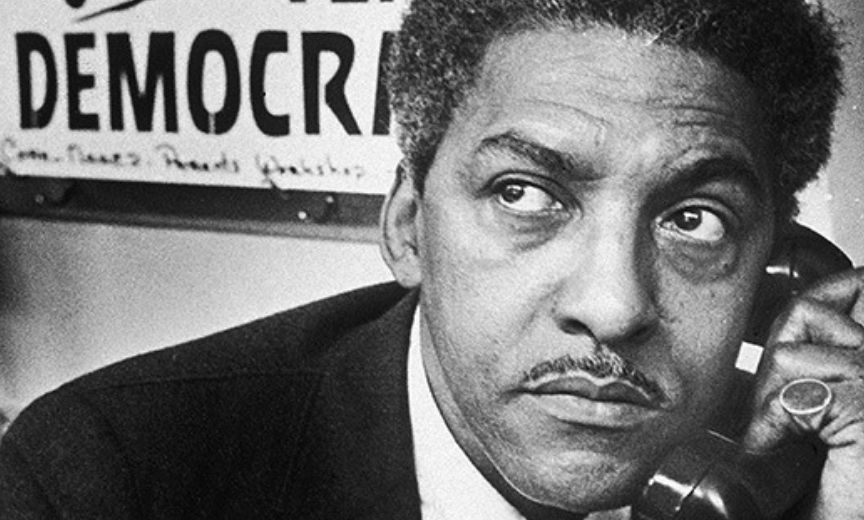 Rustin was born in 1912. His mother was a Quaker. He moved to Harlem in 1937 and his civil rights work quickly began garnering attention, including his work to free the wrongly accused Scottsboro Boys.

He began orchestrating some of America’s earliest freedom rides down South in the 1940’s. That decade, he also went to India to learn methods/philosophies of nonviolent resistance.

In the 50’s, he was arrested for “sex perversion” and served two months in jail. His homosexuality had become public and immediately halted a path that was basically going to make him one of the foremost faces of the civil rights movement. He was fired from the Fellowship of Recreation and began to work behind the scenes for the same causes.

He would be most influential as an adviser to Dr. Martin Luther King, jr. His sexuality ostracized him from many other civil rights leaders, nevertheless he organized the legendary March on Washington.