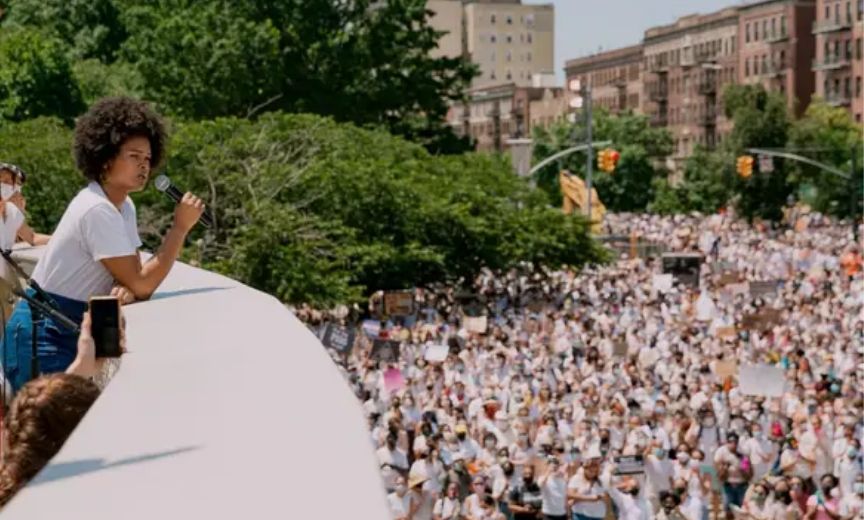 This Pride wasn’t what we thought it would be when we were envisioning it last year, but in some ways, that’s a good thing.

The murders of Tony McDade, Breonna Taylor, George Floyd, Rayshard Brooks, and countless others have reawakened in some of us what began Pride in the first place: uprisings against a system that’s permitted by the state to commit violence unchecked.

But state sanctioned violence against Black people doesn’t resurge after dying down for a bit, though it feels like that to a lot of us who don’t have to fear interactions with police or aren’t treated as suspects by our neighbors.

This violence is unyielding, and it’s activists and organizers who take what can so easily become momentary outrage and they create an inferno out of these embers. What can so easily turn into a fad for us is literally their life’s work.

I was amazed this year to see the thousands who marched in remembrance of Dominique “Rem’Mie” Fells, Riah Milton, and countless other trans women whose lives were cut short due to hatred.

This weekend, similar numbers of people turned out for the same reason, and were tear gassed by the cops.

We needed to reinvigorate the sense of protest in Pride. We can continue this momentum by following activists and organizers like Raquel Willis, Indya Moore, Aaron Phillip, McKensie Mack, and others who keep that momentum alive with their resolve and their effort.

No justice, no peace.