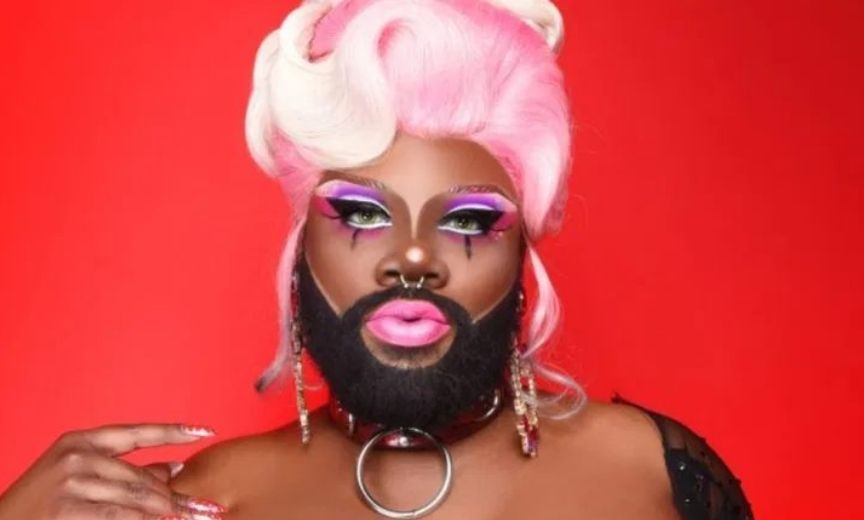 There’s a reckoning happening right now in the Chicago drag scene, and Lucy Stoole is one of its main catalysts.

In response to a racist climate in numerous Chicago queer bars—including instances of Black queens only being booked for “Beyoncé night” at some venues, being humiliated by white emcees in front of audiences, and one particularly harrowing instance when Shea Couleé was told by T Rex that they should do Slave 4 U featuring Shea picking cotton—Lucy and other Black queer activists in Chicago forced change.

They organized the Drag March for Change in response to the murders of Black people by police. They demanded a civilian accountability board and federal hate crime statutes for trans people. Thousands of people turned out.

In response to the racist behavior in the Chicago drag scene, Stoole was crucial in recently forming the Chicago Black Drag Council. Their list of demands in an open letter to T Rex was circulated throughout the community and the council recently held a town hall on Twitch. The council gave Black drag queens a chance to speak directly to White bar owners, managers, and queens about the experience they had.

By the end of the town hall, practically every owner and emcee publicly committed to meeting the council’s list of demands, to hire Black management, to hire Black queens out of more than tokenism, and to hold their patrons accountable for racist behaviors.

T Rex, the drag queen who suggested Shea Coulée—one of the most accomplished drag queens in the world—perform that racist and demeaning number, has now lost her gigs at Roscoe’s and various other establishments.

This all occurred in a matter of weeks and Lucy Stoole’s organizing acumen and use of her influence in the scene was crucial to that.