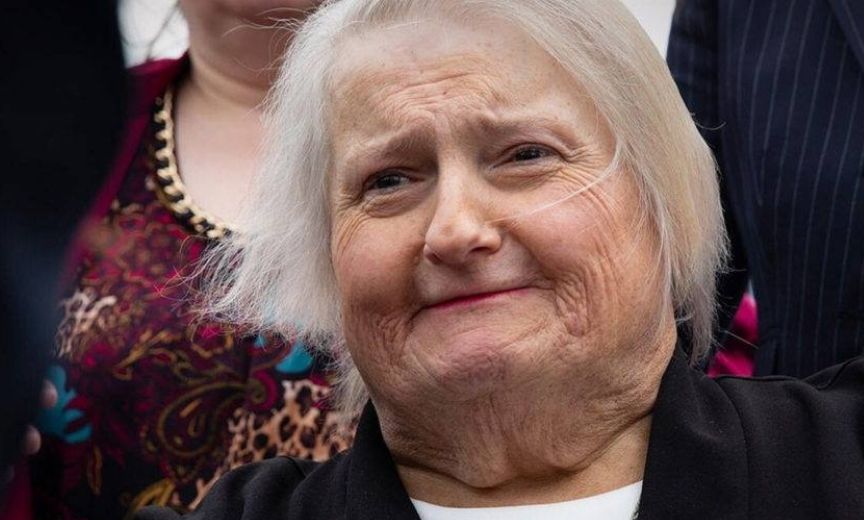 Today is a historic day, and that’s largely because of Aimee Stephens.

Stephens had worked for six years at a R.G. & G.R. Harris Funeral Homes in Michigan when she wrote a letter in 2013 to her fellow employees announcing her intent to transition and present full-time as a woman.

She was soon fired and told by her boss that “coming to work dressed as a woman was not going to be acceptable.”

This was legal in 26 states—including Michigan.

Stephens sued, with her lawyers arguing that employment discrimination against someone for their gender identity is discrimination on the basis of sex and therefore a violation of the civil rights act.

The case went all the way to the Supreme Court, and today, in a highly unexpected decision, the Supreme Court ruled that Title VII must be interpreted to include sexual orientation and gender identity. It is no longer legal to fire someone because of their gender or sexuality.

Sadly, Aimee wasn’t here to see that historic day or savor this victory. She passed away last month.

If you dehumanize a group of people for long enough, their existence to those who buy into that rhetoric becomes inciting. Employment discrimination against trans people is rampant because society has treated their very existence as a political stance that absolves any obligation to treat them with respect.

In the last years of her life, Aimee continued the great work of tearing that down.