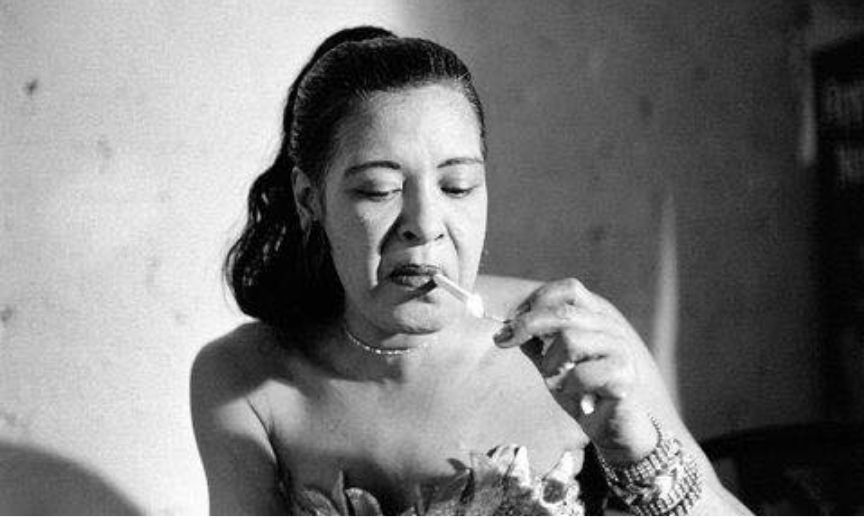 Holiday got her start working in the buffet flats during the Harlem Renaissance. She was born Eleanora Fagan and changed her name to Billie after the silent film star Billie Dove.

She was openly bisexual and her alleged lovers included many stage stars (Tallulah Bankhead is rumored to be among them). She often covered the blues standard “T’aint Nobody’s Biz-ness if I Do”: an anthem of self ownership and determination.

Throughout her life, Lady Day struggled with addiction. A bull shit cabaret law in New York would ban her from performing in the city toward the twilight of her career. But the tangible pain and the nearly contradictory resilience that swirl within her voice have made legions of people feel understood for over a century.