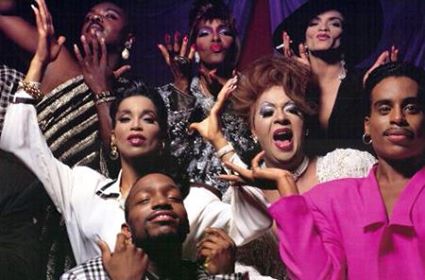 “Gender is a construct. Tear it apart!” bellowed a wigless Sasha Velour, the eventual season nine winner of Rupaul’s Drag Race, in a performance on one of the season’s climactic episodes. It’s a mantra that many can learn from, including the show’s own host. In a recent interview with The Guardian, RuPaul doubled down on his chronic bulwark against the validity of trans existences. “You can identify as a woman and say you’re transitioning, but it changes once you start changing your body,” he responded when asked if he’d allow a physically transitioning queen to compete on his show. “It takes on a different thing; it changes the whole concept of what we’re doing.”

I found that last sentence particularly troubling. “It changes the whole concept of what we’re doing.”

Most likely, RuPaul meant the concept of the show that he created, not the concept of drag as a whole. Despite this concession, RuPaul’s Drag Race, often called the Olympics of drag, prides itself on taking an art once confined to certain spaces and ushering it into the living rooms of eager eyes across the planet. It’s become the most widely-publicized representation of drag in the world and, to many without immediate access to drag shows, the standard-bearer of the art form as a whole. As Ru says before every All-Stars elimination: With great power comes great responsibility. In a national climate that routinely fosters trans exclusion from every arena—be it feminism or public bathrooms—shutting trans people out of an art form they were instrumental in creating is not only irresponsible, but reckless and antithetical to the very nature of drag.

But trans women are women. How can they do drag when drag is female impersonation?

Trans women are women, but drag is not female impersonation. Female impersonation is Mrs. Doubtfire or Tootsie. Drag is a radical act of queer anarchy. Deeper than makeup and wigs and stockings and pads, drag is about liberation. You can thank trans people for that.

Until around the mid-1900’s, female impersonation had little to no public associations with queerness. While it was considered a crime against nature for any male-assigned person to live their lives presenting as women, it was relatively permissible, even welcomed (when done by cisgender heterosexuals) in performance. For trans people in the late 1800’s, before the word transgender existed, these fleeting moments of performance made the closet slightly less suffocating. In her 1922 memoir The Female-Impersonators, nineteenth century transgender nightlife personality Jennie June discussed the liberation these moments allowed:

“The ‘French doll-baby’ spirit had dwelt in my brain since birth. Throughout my life down to nineteen, it had manifested itself strongly, although after fourteen I had struggled to crucify it. At nineteen, it refused longer to be suppressed. I (the puritan, bookworm spirit in me) had to arrange a compromise. I promised to yield my physical and mental powers to it only one evening each week. And the doll-baby spirit was satisﬁed. Previously I had been the most melancholy person in the university. But dating from the compromise, my life ﬂowed on peacefully and blissfully.”

And in search of this bliss, Jennie June and others would head to the same places drag queens work today: the bars. In the 1890’s, this meant Little Bucks, The Sharon Hotel (widely known as Cocksucker’s Hall), Paresis Hall, and others.

“They have a piano there, and these fairies or male degenerates, as you call them, they sing some songs,” one undercover vice officer reported at the time.

By 1899, many of the resorts in the Bowery had become infamous for the “fairies” and “inverts” that patronized them. In the safety of the saloons, they would do live shows and perform sex work, often receiving commission on the drinks sold. Yet, in exchange for this liberation, they lived triple, even quadruple, lives. Nearly every “fairie” had at least three names: their given names which were almost always concealed from those in the bars, their “underworld” names (fake male names, often used with their sisters while getting into drag or when leaving the bars together presenting as men), and, of course, their feminine names. One person recalled how frequently she’d forget which name went with which. Another mentions once signing seven different names in one day.

Jennie and her fellow trans sisters would go on to form the Cercle Hermaphroditos “to unite against the world’s bitter persecution of bisexuals” (the word bisexual, at this time, meant being of two sexes). They rented out the second floor of Columbia Hall, nicknamed Paresis Hall because “Paresis” was the medical term for insanity, named for patrons of the hall who were deemed mentally ill. One of the first instances of trans activism in America, although covert, was conceived during what would today be considered a drag show.

By the 1960’s, female impersonation had become synonymous with the queer community; female impersonation had finally become drag. Drag, as a political act, is embodied in Marsha P. Johnson, a trans woman and self-identified drag queen. Marsha never sought to embody high glamour, largely due to her means but also out of a laissez-faire approach to her gender and its performance. She often said the “P” in her name stood for “Pay it no mind,” which also happened to be her answer when anyone would ask if she was a man or a woman. Famously, Marsha P. would be instrumental in the impact of the Stonewall riots, even climbing atop a lamppost on the second night of the uprising and dropping a heavy object onto the window of a police car, most likely with flowers she collected from the tables she slept under at florist shops in the West Village christening her head.

Marsha is one of countless queens who relied on their resourcefulness to assemble looks. This same resourcefulness is seen in the seminal documentary Paris is Burning. The film illuminated to mainstream audiences the idea of drag as an imaginative escape. One of the film’s primary subjects, Dorian Corey, talks about this in the film at length. “In a ballroom you can be anything you want. You’re not really an executive but you’re looking like an executive. You’re showing the straight world that I can be an executive if I had the opportunity because I can look like one, and that is like a fulfillment.” This delves so much deeper than mere impersonation.

Nearly all of the queens in Paris is Burning are trans or gender-nonconforming. The film has gone on to be a canonical piece of drag history, and references to it are rampant in RuPaul’s Drag Race. Its legendary quotes have become maxims in the drag community worldwide. No one questions the validity of these trans women’s drags, not even RuPaul. Yet while he quotes the documentary at least once in almost every single episode, his sentiments regarding gender would remove the majority of its subjects from consideration as contestants.

The idea that physical characteristics widely regarded as feminine—implants, facial feminization, etc—are the drag equivalent to performance-enhancing drugs hinges on the idea that the ultimate goal of drag is to achieve femininity. Ru characterizing conventionally feminine features as an unfair advantage is contradictory to what drag is, and he, as a former Club Kid is fully aware of this.

In the early 1990’s, the Club Kids embodied fluidity. Their intent was never high glamour—though they often achieved it. The group of dance club socialites celebrated the abstract, the creative, and often, the ugly. RuPaul knows this. In fact, he dedicated an entire episode of season six to its aesthetics, in which the queens served a buffet of Club Kid looks—many of which were androgynous.

Though Club Kids rarely occupied themselves with so-called realistic female impersonation, few would dispute that these looks in their flouting of definitions were absolutely drag.

I don’t believe the contradictory standard Ru expressed in his interview with The Guardian was made out of hate. Possibly worse, I believe he expressed it for the sake of convenience. Rather than acknowledging the complexities of gender and its expression, we too often recede to a limited perception of it, seeking refuge in the comfort of obsolete definitions.

Drag is not, nor should it ever be, about comfort. Ask any queen on her way to a gig—traversing cobblestone streets and sewer grates in five inch heels, the sweat building under her wig threatening to destroy in seconds a face that took hours to paint, wheeling a bloated suitcase of looks behind her—if she’s comfortable. Or if comfort ever even entered her mind when she embarked on a career in drag.

Exclusion for the solace of superficial convenience can cut deeper than exclusion based in outright hatred. It tells trans people that their identities don’t matter enough for us to examine our wording and attitudes or to make room for them in the very spaces they fostered. If we dismiss drag’s roots in rebellion, drag’s unwavering asking of answerless questions, drag’s clarion call of immaculate confusion, then it is not anything more than mere impersonation.